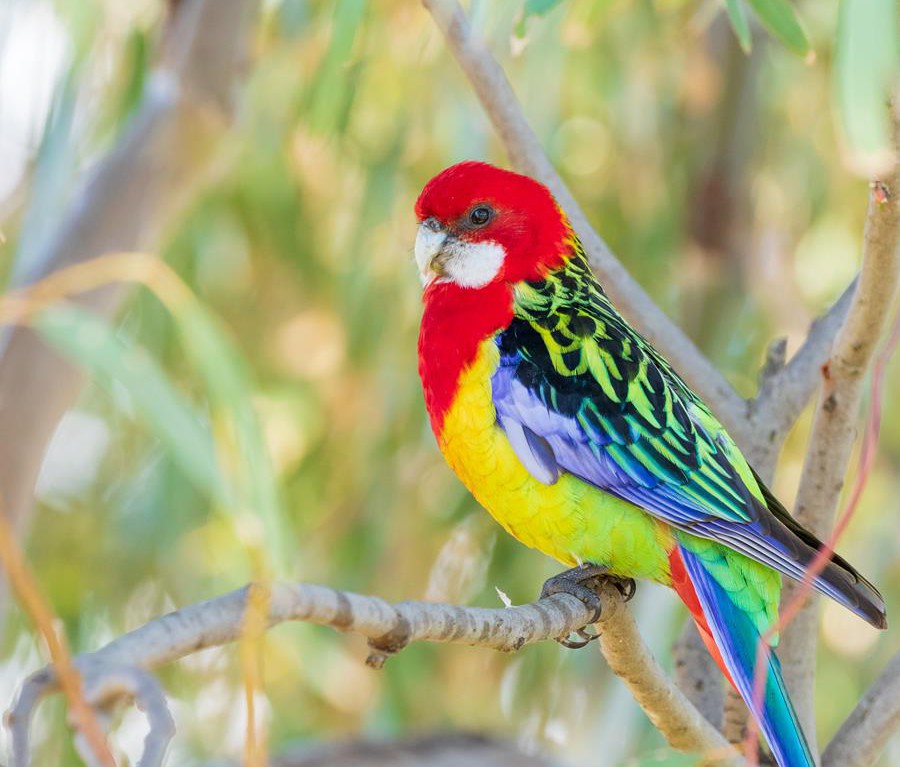 Eastern Rosellas (Platycercus eximius) are a common parrot along the Australian east coast from Adelaide to south-east Queensland as well as Tasmania and they are residents at the Elsternwick Park Nature Reserve. They can be identified by their bright red head and breast with white cheeks and are often seen along the ground feeding on seeds or perched in one of the many cypresses and gum trees around the reserve. To identify an Eastern Rosella in flight if you can’t see their bright colours, look for their distinctive flight pattern. Instead of continuous level flight with rapid wing beats like the similarly sized Rainbow Lorikeet, rosellas will fly with an undulating pattern, giving a few strong wing beats in between short descending glides and giving a two-note call.

At this time of year, the Eastern Rosellas are spending a lot of time in the many nest boxes around the reserve as they incubate their eggs. They can often be seen perched in trees near the nest boxes or even poking their heads out of the holes if you’re lucky enough to spot them. Eastern Rosellas are very wary birds so if you do see them, give them about 10m of space so as not to scare them away from feeding sites and maintain a safe distance from their nest box especially if you have a dog with you.