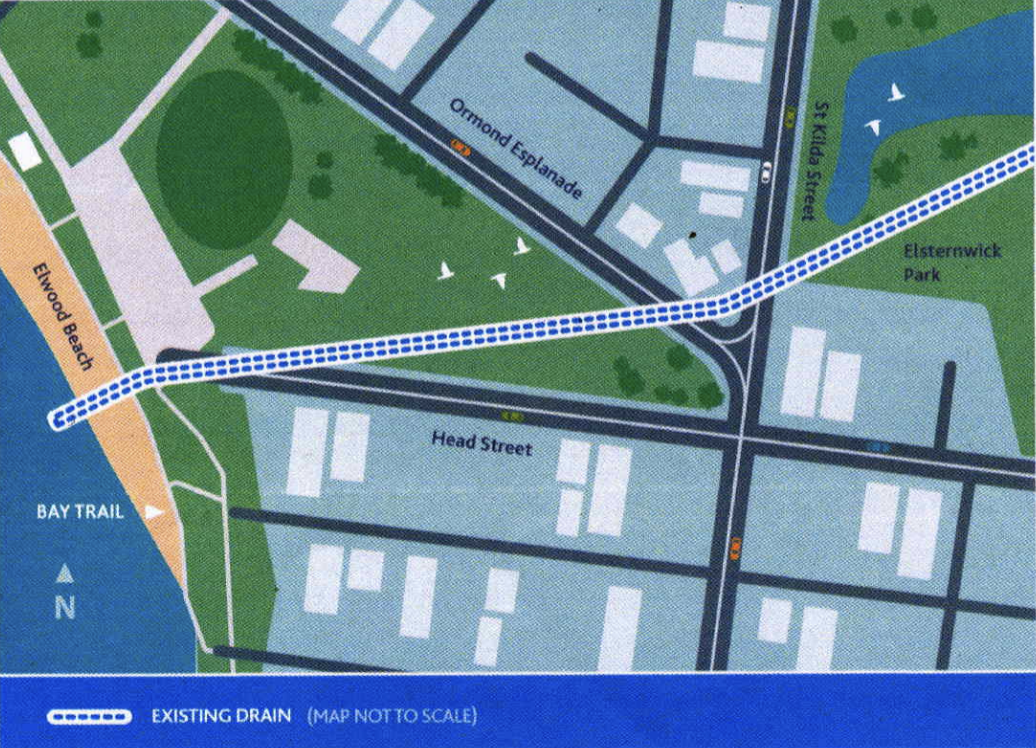 In October 2020, Melbourne Water let us know that they had completed their flood modelling and found two technically feasible options for flood mitigation in the Reserve. We understood a decision would be up to two years away – but it’s already here!

The assessment considered the economic impact, how many floors and properties would be affected by flooding, and safety improvements. “Our analysis showed increasing the capacity of the diversion drain provides better flood mitigation and would have a smaller impact on the park and existing users,” Melbourne Water’s report said.

Flood Season
Although flooding can occur at any time, historical records show that high intensity and short duration rainfall events can cause flash flooding in and around Elwood, and prolonged rainfall can cause the Elwood Canal to flood. It generally affects small areas but damage can be severe. Elwood floods have often happened from November to February. To be prepared, know if you live in a flood area and be safe, go to Elwood Local Flood Guide map and information on this link  https://www.ses.vic.gov.au/documents/8655930/9320178/Publication+-+Local+Flood+Guide. 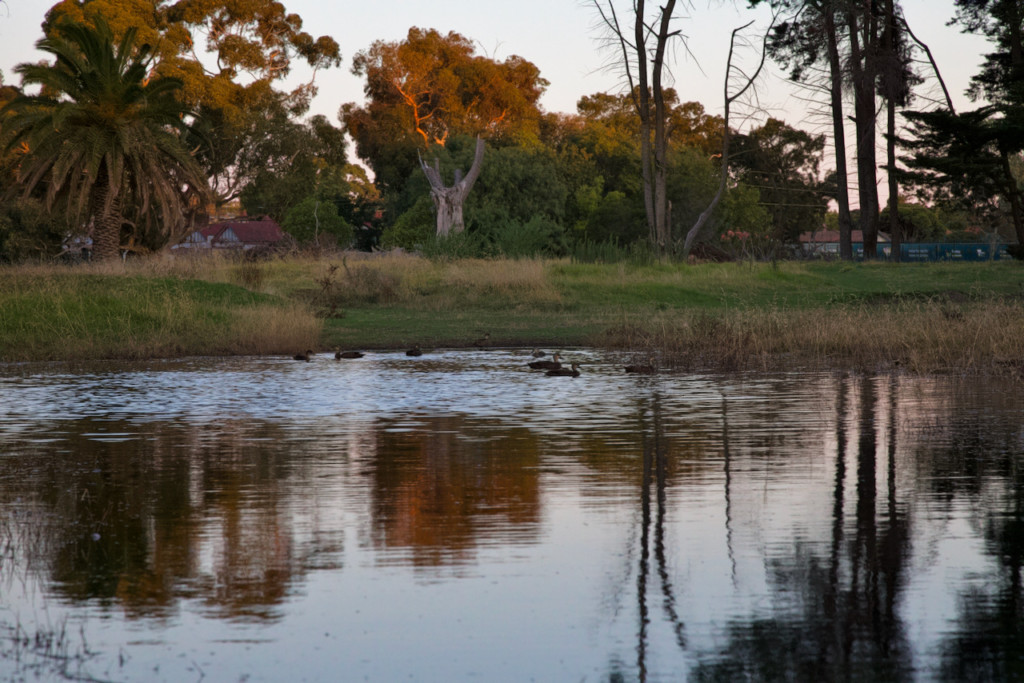 Drone footage of the Chain of ...

Construction of the Chain of Ponds